How a Muslim woman who fought for gender equality had her sanity questioned in a South African mosque. By Merium Kazmi 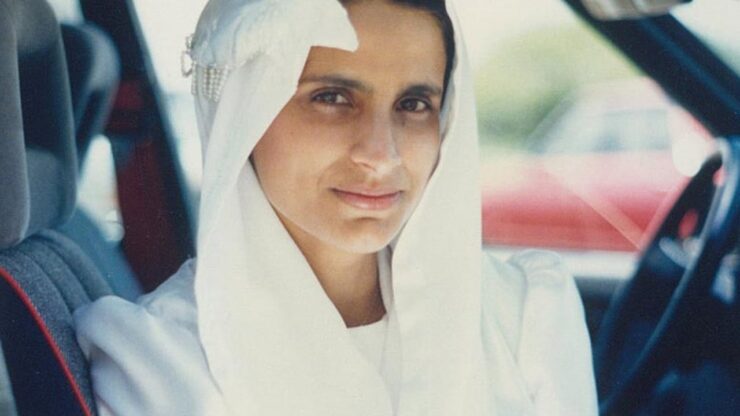 Contrary to popular belief, Islamic history is full of stories of extraordinary Muslim women. These women have assumed positions of power and respect by challenging cultural norms of women’s role in society, and contributing to their communities’ wellbeing and development. These range from the heroic contributions of many female members of the Prophet’s (peace be upon him) family, to philanthropists like Fatima Al Fihri, who in Fez, Morocco built the University of Qarawiyin, the world’s oldest and a UNESCO World Heritage site. Today, we also have strong leaders, such as Atifete Jahjaga, President of Kosovo and also the world’s youngest female president.

It is unfortunate that at times we learn of these brave women only after they have passed away. For many of us, Shamima Shaikh is one such individual. A Muslim from South Africa of Indian descent, Shamima was a journalist and activist who strived to relay the Qur’an’s messages of peace, justice and equality to both a burgeoning community of fellow Muslims and the politically charged atmosphere of apartheid and post-apartheid South Africa. She became known for the strength and tenacity with which she fought for the rights of women – rights she believed the religion of Islam guaranteed her.

Her activism traces back to her days at the University of Durban-Westville (initially established for South Africans of Indian descent and now called the University of KwaZulu-Natal), where she studied Arabic and psychology. The university was known for its anti-apartheid political rallies which increasingly matched the socio-political direction of the country at the time. 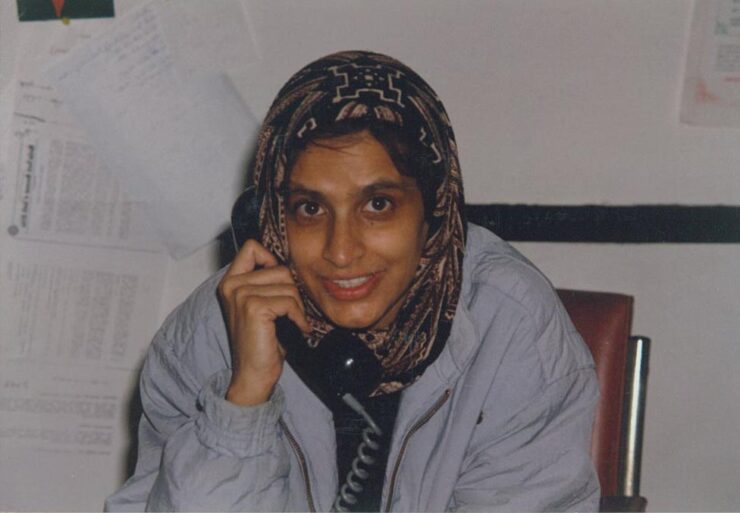 Becoming involved with the Azanian People’s Organisation (AZAPO), a black consciousness political organisation, she protested against an oppressive academic environment. Following her collaboration with AZAPO, she had a brief teaching stint, in addition to meeting and marrying her husband, Na’eem Jeenah, a well-known and respected academic and journalist.

Her indomitable fighting spirit would find a home in an extensive collaboration with the Muslim Youth Movement of South Africa (MYMSA), an organisation focused on serving the Muslim community through initiatives of education, advocacy, socio-economic development and gender justice. She would assume the role of editor of their Muslim monthly, Al-Qalam, and venture into other opportunities with MYMSA, eventually taking on a greater leadership and decision-making role in the organisation as executive chair. She became the second woman to do so in the history of the organisation.

If this be madness God, give us all the courage to be mad.

One of the many campaigns that Shamima was involved with under the auspices of the MYMSA was the 1989–1990 series of protests against the South African legislative body (the Tricameral Parliament), who were against any political representation for coloured and Indian racial minorities during apartheid. 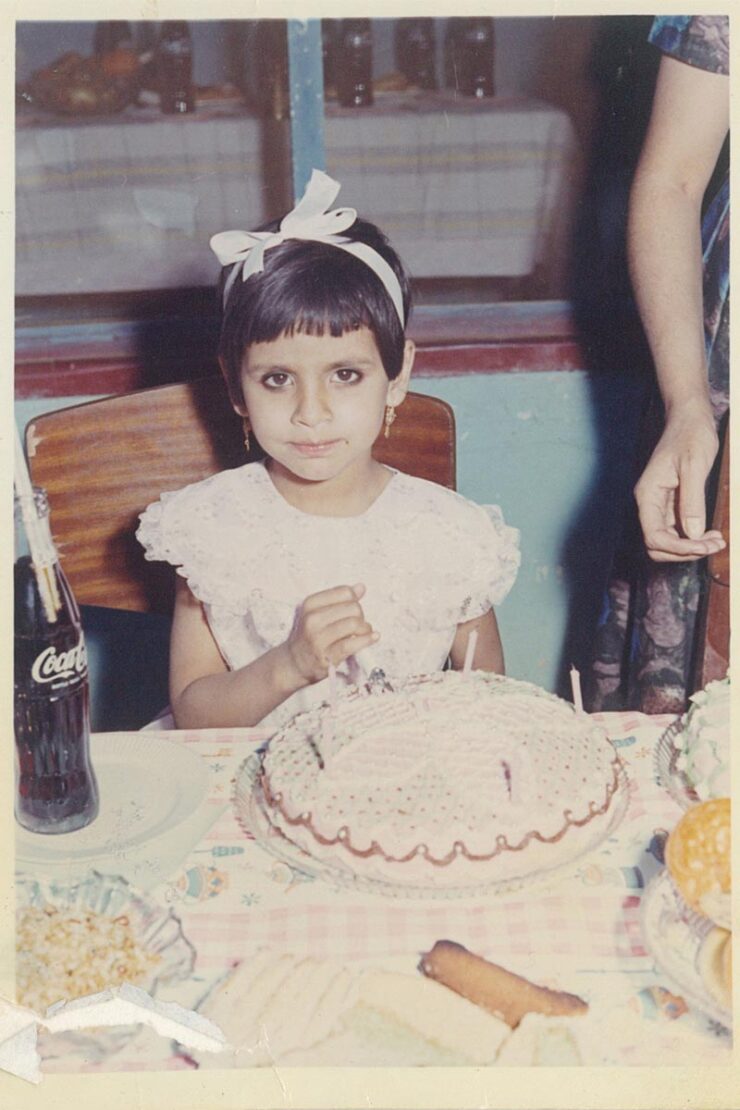 She also introduced the Women in the Mosque campaign, and her struggle in this regard would go on to define her work as a women’s rights activist. All of these efforts would culminate in her being appointed the national coordinator of the Gender Desk at MYMSA.

Her Women in the Mosque campaign was an important part of her advocacy work. On praying at the mosque, she said:

It is important for women to be at mosques because they are the most important centres of Islam. Decisions are taken, direction is given. It is where people meet to pray together and it promotes consultation.

The event that would unfortunately label her as “that mad Shaikh woman” took place in 1994 on one of the holiest nights of the year, 27th Ramadan.[i] In the hope of offering tarawih prayers at a Johannesburg mosque, she arrived to find their designated space occupied by male worshippers (as was often the case during crowded gatherings).

Accompanied by a small group of women from the tents set up outside, Shamima made attempts to reclaim their space, drawing rancour from some community members who considered the presence of women unnecessary. Spurred by this event, she would eventually go on to form an “alternative” congregation that respected gender equality and held other progressive Islamic values.

Although it came many years before, Shamima’s stand is similar to the efforts being made by the Inclusive Mosque Initiative in the United Kingdom, which hopes to provide a space for all Muslims – young or old, male or female, straight or gay – to pray side by side.[ii]

As the chairperson of the Muslim Community Broadcasting Trust, she oversaw the establishment of an Islamic radio station, The Voice.[iii] She had learnt of the controversy over the lack of women’s voices on other Islamic radio stations in South Africa and had hoped to correct that by ensuring that voices of Muslims from a variety of backgrounds were heard. She wrote extensively about women in Islam and published a book, Journey of Discovery, with her husband about their experiences performing the Hajj.

As an Islamic feminist, Shamima joins a growing list of individuals who have defied socio-cultural expectations and remained committed to enhancing the status of women in the region. While the struggle to implement gender-equitable programmes and policies continues today, it is heartening that Shamima’s life story continues to inspire women and girls to embark on their own struggles. Such actions spur discussion, debate, understanding and respect, all of which are necessary to accommodate the ever-growing diversity of Muslim voices in our respective communities.

Her struggle to achieve gender equality also paralleled her struggle with cancer, which would eventually take her life during Ramadan in 1998 at the age of 37. Even her departure from this world was testament to her faith in the religion of her birth and its inherent promotion of gender equality: her funeral prayers were read by a close female friend, an act unheard of in the Muslim world. This final farewell served as a perfect denouement to a life well lived.[iv] She was laid to rest in the city of her childhood, Pietersburg, and left behind her husband and two sons – as well as a lasting legacy of tenacity for asserting her God-given rights.

The Shamima Shaikh Commemorative website is a great repository of information for those interested in reading more about her.

All pictures courtesy of Na’eem Jeenah

This article originally appeared in the November 2013 Happy New You Issue of Aquila Style magazine. You can read the entire issue free of charge on your iPad or iPhone at the Apple Newsstand, or on your Android tablet at Google Play